I’ve been using the PinePhone 1.2 to develop synit recently. I haven’t done anything about power management or sleeping yet, and I wondered how bad the battery life might be, so last night I ran the following script from a full battery until the phone shut down from lack of power: 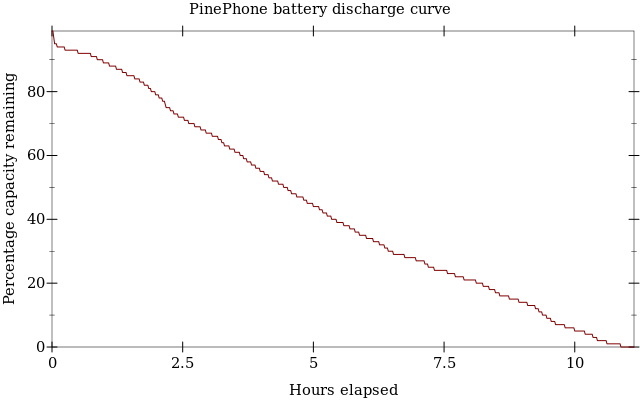 Before running the script, I turned off the display and backlight,

This, then, is about as good as we might reasonably expect from an idle system, with its display blanked, that never goes into sleep mode: around ten or eleven hours of battery life.

Putting the phone into sleep mode should significantly extend the battery life.

I plan on running Squeak Smalltalk for the user interface, and I suspect that there’ll be a fair amount of power draw as a result of that, so it seems likely I’ll have to investigate putting the phone into sleep mode.